To share your memory on the wall of Alan Hess, sign in using one of the following options:

Provide comfort for the family of Alan Hess with a meaningful gesture of sympathy.

Print
Alan D. “Al” Hess, 49, of Norwich, passed away on Friday, November 22, 2019, at his home with his loving family by his side and after a courageous battle against cancer.

Born on December 8, 1969, in Norwich, Al was the son of Mary Jane (Brookins) Vorhies-Courtney and Samuel Hess. He was a graduate of Norwich High School’s Class of 1988. For Norwich High School, Al wrestled and played football and baseball. After high school, he worked for Kraft Foods in South Edmeston for 13 years until it closed in 2005. Following that, Al worked as a supervisor for several local companies until finding another home at HP Hood Co., in Oneida, where he worked as a laboratory supervisor.

“Big Al” was a sports enthusiast that excelled at any sport he played. He followed sports closely and never backed down from a debate. Al and his wife enjoyed many softball, bowling, and golf tournaments with their friends. An avid golfer in recent years, Al truly enjoyed playing the game of golf, having participated in many leagues and tournaments, and through the years made many special friends. A quick wit, he always had people laughing.

Al also enjoyed traveling with his family. His last and most special trip, was to Hawaii in 2018 with his family. Al loved to cook and BBQ and cherished many get-togethers and camping trips with friends. He was most proud of his two daughters and each of their accomplishments.

The family would like to thank the Chenango Hospice staff for their compassion and care over the last month. Also, many thanks to our family, friends, and the community for their love and support during this difficult time.

We encourage you to share your most beloved memories of Alan here, so that the family and other loved ones can always see it. You can upload cherished photographs, or share your favorite stories, and can even comment on those shared by others.

Flowers were purchased and a memorial tree planted for the family of Alan Hess. Send Flowers

Posted Nov 25, 2019 at 02:14pm
Cheri, I am heartbroken for you and your family. What wonderful times we had at softball tournaments with Coach John James! We can always remember the good times to help us through such a difficult time for you and your girls. Please accept my deepest sympathies to such a wonderful family.
Comment Share
Share via:

Posted Nov 25, 2019 at 12:05am
Our condolences to the Hess and Peck family. I knew Al from bowling at Brown Ave and from softball. He was always fun to be around and a great teammate.
Comment Share
Share via:
JK

Posted Nov 24, 2019 at 01:16pm
Sorry to hear about Al. Enjoyed playing softball with him back in the day with Blue Ox and the Rebels. Had a few fun tourney trips as well.
Comment Share
Share via: 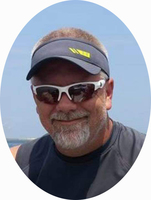