To share your memory on the wall of Bessie Burdick, sign in using one of the following options:

A receipt has been emailed to the address provided. A receipt may also be printed.

Born on November 22, 1929, on Georgetown Road, in Preston, NY, Bessie was the daughter of Linn and Elvira (Franklin) Kenyon, and ... Read More
Bessie K. Burdick, 89, of Norwich, passed away on Saturday, November 2, 2019 at Chenango Memorial Hospital.

Born on November 22, 1929, on Georgetown Road, in Preston, NY, Bessie was the daughter of Linn and Elvira (Franklin) Kenyon, and was one of their ten children. She attended school in Preston and then in Oxford. Bessie was raised on her family farm and worked with her parents on the farm until her marriage.

On Christmas Day, 1947, Bessie married her beloved husband, Robert C. “Bob” Burdick, and would have and raise seven children with Bob. Bob died on January 13, 2007. During her early years as a wife and mother, Bessie stayed home to raise her family. Later, Bessie worked at Norwich Middle School. She worked at the Middle School for 23 years, having assume the role of Head Cook before retiring. In her spare time, Bessie enjoyed her Radio Club activities and hand crafting “time out” dolls. She was also a collector of angel figurines and Cabbage Patch dolls, and enjoyed to go clothes shopping,

A graveside service for Bessie will be held at Mt. Hope Cemetery at 1:00 p.m. on Tuesday, November 12, 2019, where Linda Guinn will officiate.

In memory of Bessie, please consider a contribution to a charity of one’s choice.
Read Less

To send flowers to the family or plant a tree in memory of Bessie K. Burdick, please visit our Heartfelt Sympathies Store.

We encourage you to share your most beloved memories of Bessie here, so that the family and other loved ones can always see it. You can upload cherished photographs, or share your favorite stories, and can even comment on those shared by others.

Posted Nov 09, 2019 at 07:40pm
Thoughts and prayers to all of the Burdick families at this time. Tom and Rose Rowlison.

Posted Nov 08, 2019 at 06:30pm
Condolences to the Burdick family. I am sad to hear of Bessie's passing. I worked with Bessie for many years in the Middle School. She was such a kind, loving and caring lady with a great sense of humor. Heaven has gained a true angel. RIP. Bessie.
Comment Share
Share via:

Posted Nov 08, 2019 at 09:49am
I was sorry to hear of Bessie's passing. I have known your family for many years as I went to the Oxford school with the older ones. I had visited your family at the farm as Florence was my good friend and we were in the same class.
My condolences go out to all the family. Cora (Pnney) Swartout
Comment Share
Share via:
BS

Posted Nov 06, 2019 at 11:57am
I met Bessie later in her life, what a nice lady, who missed her Bob greatly. She carried life weights she had acquired during her life’s walk, seldom feeling an equal to others. In my observations, the “why” weighs on me, for Bessie was an equal to most anyone. I know I will miss her wit as I venture into my older years.
Go in Peace Bessie, you are now released from the bounds of this earth, free to meet many of those you have been separated from for many years.
Please know we will keep your family in our thoughts and prayers in this troubling time with your passing.
Love in and thru our Savior Jesus.
Bob and Sandy Smith

Posted Nov 05, 2019 at 07:49pm
Our thoughts and prayers go out to the Burdick family, I will always remember when I would show up at the house with Steve and she would look at us and ask what are you boys up to now.
Comment Share
Share via: 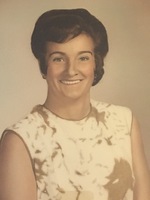 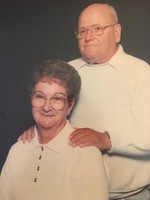