To share your memory on the wall of Edna Martin, sign in using one of the following options:

The gesture that can change the world

Print
Edna E. Martin, 98, formerly of Guilford, passed away on Tuesday, October 22, 2019, at Chenango Memorial Hospital’s Senior Living Center, in Norwich, with her loving family by her side.

Born on March 6, 1921, in Brooklyn, NY, Edna was ... Read More
Edna E. Martin, 98, formerly of Guilford, passed away on Tuesday, October 22, 2019, at Chenango Memorial Hospital’s Senior Living Center, in Norwich, with her loving family by her side.

Born on March 6, 1921, in Brooklyn, NY, Edna was the daughter of John and Frances (Richter) Kaiser. In 1946, Edna married her husband of 53 years, Navy Seaman George Martin. Together Edna and George raised four children in Queens, NY and relocated to the Norwich area, where George took a position as a Navy Recruiter in 1960. When her children were grown, Edna began working as a Post Office Clerk in Port Crane, NY until she retired in 1985.

After retirement, Edna ad George remained in the Binghamton area but enjoyed spending their winters in Florida. Edna particularly enjoyed taking her grandchildren to Walt Disney World theme parks during family visits. As the matriarch of her family, she loved hosting big holiday celebrations. George and Edna were fond of square dancing together, playing bingo, and attending Catholic Church events. After her husband’s passing in 1999, Edna bought a home on North Pond in Guilford to be closer to family. In the past few years, she lived at Chenango Valley Home and most recently at Chenango Memorial Senior Living surrounded by attentive and loving staff at both facilities.

Edna was a devout Catholic and a communicant of both St. Paul’s and St. Bartholomew’s churches.

In addition to her husband, Edna was also predeceased by her daughter, Nancy, two grandchildren, William and Michael, and her two siblings, John Kaiser, and dearest sister, Eleanor Darnell. She is survived by her children, Michael Martin, of Guilford, Robert (Patricia) Martin, of Olive Bridge, NY, and Raymond (Janice) Martin, of Athens, NY; grandchildren, Erin (Frank) Maiurano, of Guilford, Christine Maiurano, of Gilbertsville, Dustin (Frannie) Martin, of Wisconsin, and Norman and Mason Tansey, each of Hawaii; great-grandchildren, Mia, Gabriele, and Estella Maiurano; daughter-in-law, Betty Sue (Ronald) Christian of Norwich, and several nieces and nephews.

Contributions in Edna’s memory may be made to a charity of one’s choice.
Read Less

We encourage you to share your most beloved memories of Edna here, so that the family and other loved ones can always see it. You can upload cherished photographs, or share your favorite stories, and can even comment on those shared by others.

Plant a Tree in Memory of Edna
Plant a tree
0 trees have been planted in memory of Edna E. Martin
LJ

Posted Oct 24, 2019 at 06:44pm
Please accept my most heartfelt sympathies for your loss. My thoughts and prayers are with you and your family during this difficult time. 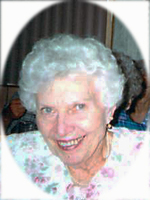