To share your memory on the wall of H. Clyde Miller, sign in using one of the following options:

Provide comfort for the family by sending flowers or planting a tree in memory of H. Clyde Miller

Provide comfort for the family by sending flowers or planting a tree in memory of H. Clyde Miller

Clyde is best remembered for his many years of running Miller Movers and Trailer Park, as well as his 30-plus years as a school bus driver for Norwich City School Bus #5, and for being the founding member along with his wife, Arleta, of the Rolling Antiquers Old Car Club. He was a fixture at Eicke’s Restaurant, in Norwich, and Trackside Diner, in Sidney, and was always catered to by Bonnie. Clyde’s smile and humor will be missed by many.

Clyde served in the US Navy as Radioman Third Class aboard the USS Atlanta after training at Sampson, NY from June 1944 to June 1946. He saw and endured many adventures there, including a typhoon that did more damage to the fleet than the enemy, and going ashore in Japan after the bombing of Hiroshima. Clyde also spent time with his father, Harold, who was also in the Navy, in Hawaii. He enjoyed his trip to Washington, DC in 2015 to see the WWII memorial as a guest of honor of Flight Mission 5 out of Syracuse, and was ready to turn around and go back the next weekend!

To honors Clyde’s wishes, there will be no funeral or calling hours. Burial will take place at Mt. Hope Cemetery at the convenience of the family. A private family service will be held at a later date. Contributions in Clyde’s memory may be made to the UHS Senior Living Memorial Fund, 179 N. Broad St., Norwich, NY 13815, or to the Chenango SPCA, 6160 County Road 32, Norwich, NY 13815. The family wishes to convey their gratitude to the staff at Chenango Memorial Hospital for their loving care of our parents, Clyde and Arleta, and for all the well-wishers who saw Clyde there on a daily basis as he visited his wife, Arleta.
Read Less

To send flowers to the family or plant a tree in memory of H. Clyde Miller, please visit our Heartfelt Sympathies Store.

There are no events scheduled. You can still show your support by sending flowers directly to the family, or planting a memorial tree in memory of H. Clyde Miller.
Visit the Heartfelt Sympathies Store

We encourage you to share your most beloved memories of H. Clyde here, so that the family and other loved ones can always see it. You can upload cherished photographs, or share your favorite stories, and can even comment on those shared by others.

Posted Sep 12, 2019 at 02:45pm
I met Clyde about 25 years ago buying Ford parts from him at the Carlisle Car Show & Flea Market. After a few years I even made a trip up to his place in Norwich to look thru his Ford parts and ended up going back a year or 2 later. He always amazed me with his bountiful energy. He explained how he excavated the pond out back and how he filled the basement with firewood that he collected and split to heat the house thru the winter. Clyde told me of how he would move a family to another town and then while he was there with an empty truck he would visit the local Ford dealer and try to fill his moving truck with obsolete Ford parts to bring back to his place. I would sometimes run into Clyde while he was parts hunting at Carlisle, Hershey or Rhinebeck and we would talk and catch up. He was an amazing guy and yes, he did always seem to wear a smile!
Comment Share
Share via:
MM

Posted Aug 15, 2019 at 07:44pm
I will always think of him so highly his dedication to his. wife and family when he would co.e in first thing in the morning and we were headed to the same floor when we got there he would always say thanks for the buggy ride I feel it was an honor to know him
Comment Share
Share via:
SE

Posted Aug 14, 2019 at 06:04pm
Clyde was a great neighbor. Over the years he moved many members of our family showing great concern and punctuality. His men never batted a eye when asked to move a piano that they had already moved once or twice before. He is probably quite busy moving clouds for the angels.
Stan and Karen Edwards, Manley Road
Comment Share
Share via: 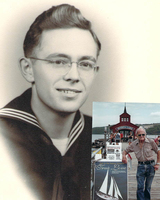