To share your memory on the wall of Harry Myers, sign in using one of the following options:

Born on December 8, 1920, in Binghamton, Harry was the son of Robert and Lettie (McArthur) Myers. After completing some vocational school in Binghamton, he graduated from Cincinnatus High School. He was employed on various farms before serving overseas with the U.S. Army during World War II. In the European theater, Harry served in battles in North Africa, Sicily, and Normandy, and was awarded the Bronze Star for his valor, along with many other medals. After returning from the war, Harry returned to truck driving, first in Binghamton, then later in Norwich for Berman’s Motor Express until he retired.

On June 3, 1949, in Endicott, Harry married the love of his life, Margaret Cassin, who died on August 7, 2004. Together, they would raise their four children. In the early 1950’s, Harry and his young family moved to Oxford, then a few years later moved to Norwich. Harry loved the outdoors, and was a talented hunter and fisherman. He was a strong, yet gentle, man and was a hero to everyone who knew him. He will be sorely missed.

Harry is survived by his children Harriet (Clarence) Bates, Harry Jr. (Joyce) Myers, each of Norwich, and Ronald (Debby) Myers, of Preston; many grandchildren; many great-grandchildren and great-great grandchildren; his 101 ½ year old sister, Lucille Nagy, of Jacksonville, FL; son-in-law, John Vinal, of Norwich; beloved brother-in-law, Michael Cassin, of Palm Harbor FL; and several nieces and nephews. In addition to his wife, Harry was predeceased by his daughter, Mary Vinal; sisters Trudy Moreys and Evelyn Terwilliger; and brothers Jimmy, Huey, Bill, and Daniel.

A memorial service for Harry will be held at 12:00 p.m. on Wednesday, July 31, 2019, at the Wilson Funeral Home, where the Rev. Ralph A. Bove, pastor, Church of St. Bartholomew, will officiate. Burial will immediate follow at St. Paul’s Cemetery where military honors will be presented to honor Harry’s service. Friends are invited to call at the funeral home on Tuesday from 5:00 -7:00 p.m.

Contributions in Harry’s memory may be made to the American Cancer Society in honor of his wife Margaret and daughter Mary.
Read Less

To send flowers to the family or plant a tree in memory of Harry R. Myers Sr., please visit our Heartfelt Sympathies Store.

We encourage you to share your most beloved memories of Harry here, so that the family and other loved ones can always see it. You can upload cherished photographs, or share your favorite stories, and can even comment on those shared by others.

Posted Jul 29, 2019 at 08:21pm
I will always remember Uncle Harry's smiles, his laugh, and most of all his love. Rest in Peace Uncle Harry. Until we meet again. My love to all my family during this time. 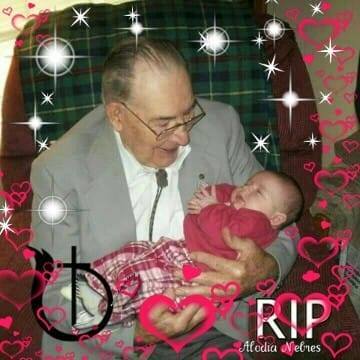 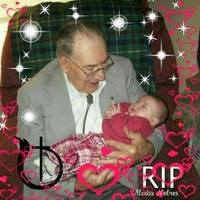