To share your memory on the wall of Se Won Kim, sign in using one of the following options:

Provide comfort for the family of Se Won Kim with a meaningful gesture of sympathy.

Se Won was born in 1926 in Pyongyang, Korea. He went to Seoul in 1945 and joined the Korean Navy, which was the beginning of his long career in public service. He met his wife, In Soo, in 1947. Se Won was head of the Korean Naval Intelligence during the Korean War from 1951 to 1954. In 1961, on behalf of the Republic of Korea, he joined the Diplomatic Service and was posted to Honolulu as Consul General where he remained for eight years. Se Won was then assigned as Deputy Ambassador to Vietnam in December of 1969, where he served until 1973. He then served as Ambassador to Cambodia until 1975 when the Khmer Rouge seized control. After that assignment, Se Won was posted as Ambassador to Sweden until 1979. Next he took on the role of Vice Chairman of the South Korean Olympic Committee, where he oversaw efforts to bring the 1988 Games to Seoul, South Korea. Se Won retired after the Games to spend his winters in the Panhandle of Florida and summers in Upstate New York with his grandchildren.

Se Won is survived by his wife of 70 years, as well as his three children, five grandchildren, and several relatives in California. He will be remembered for his sharp wit and sense of humor, and his unwavering commitment to both his family and his country. He will be greatly missed.

A private celebration of Se Won’s life will be held at the convenience of the family.
Read Less

We encourage you to share your most beloved memories of Se Won here, so that the family and other loved ones can always see it. You can upload cherished photographs, or share your favorite stories, and can even comment on those shared by others.

Posted Jun 28, 2019 at 03:18pm
Dear family. I am very sorry to have read of the recent death of your loved one, Se Won. Please accept my sincere condolences. I would like to share something that I have personally found to be very comforting. It is found in the Bible at John 5:28,29 and also Revelation 21:3-5. These verses tell us that soon God is going to bring about a resurrection of our dear loved ones, as well as do away with all of the many causes we have for suffering, including sickness, pain & death. Knowing these truths have always comforted me and it is my hope that these thoughts from the Bible will likewise comfort your family and will also ease some of your pain during this most difficult time in your lives. I have also found very comforting information about what hope there is for our deceased loved ones on jw.org.
Comment Share
Share via:
FZ

Posted Jun 22, 2019 at 03:57pm
I am very sorry to hear of the passing of Se Won. He was always one of my most admired members at Canasawacta CC for many years. My family sends condolences to your entire family. Fred Zahner
Comment Share
Share via: 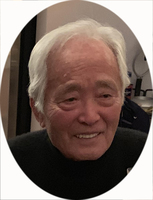 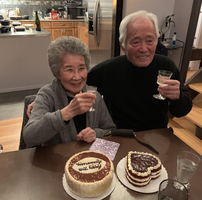