To share your memory on the wall of Phyllis George, sign in using one of the following options:

Provide comfort for the family of Phyllis George with a meaningful gesture of sympathy.

Family was everything to Phyllis. She was a homebody who enjoyed spending time with her family, grandchildren, and working outside in her gardens. Phyllis enjoyed attending her grandchildren’s sporting and dance events. She especially loved taking drives to Oneida Lake for family picnics and hosting family dinners. Phyllis enjoyed her home, which she spent many hours working on and making her special place. She often could be found puttering around her home and garden and doing home projects. Phyllis also enjoyed watching her TV shows with her two dogs by her side. She was known for her independence, sense of humor, and devotion to family.

Phyllis was a hard worker and was employed at Simmons Precision, BF Goodrich, and Unison for 34 years until her retirement in 2011. Following her retirement, Phyllis she was a devoted grandmother to her seven grandchildren who loved to come spend time with their “Grammy.” She was known as “Grammy” to all of her grandchildren’s friends who also came to visit regularly.

To honor Phyllis’ request, there will be no services or calling hours. Burial will take place at Fairview Cemetery in New Berlin at the convenience of the family. Phyllis’s family would like to thank Dr. Joseph Riedling, Chenango Hospice nurse, Nidia, and the staff of Chenango Hospice for their compassionate care.

Mom, we love you and we will see you at the other side of the stars! We will be looking for
your signs. Rest in peace. You will be missed and never forgotten.
Read Less

We encourage you to share your most beloved memories of Phyllis here, so that the family and other loved ones can always see it. You can upload cherished photographs, or share your favorite stories, and can even comment on those shared by others. 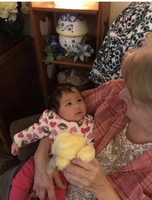 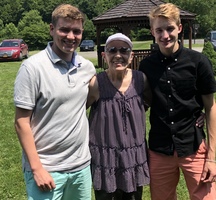