To share your memory on the wall of Ronald Burrell, sign in using one of the following options:

A receipt has been emailed to the address provided. A receipt may also be printed.

Ron worked for a short time as a custodian in the Norwich City Schools, and then went to work for Ellinwood Auto Parts. At Ellinwood’s, Ron worked both the counter and after a few years went on the road as a salesman selling parts, until his retirement. Ron was also a volunteer fireman for the Alert Hose Company #1 in Norwich. In Ron’s spare time, he enjoyed camping along the Lebanon Reservoir, hosting barbecues at his home, swimming and tending to the pool, waterskiing on Chenango Lake, snowmobiling with his children and bowling in local leagues. Ron was also a fan of NASCAR. More recently, he enjoyed watching old movies that were gifted to him.

A funeral service for Ron will be held at 10:30 a.m. on Friday, April 12, 2019 at the Wilson Funeral Home, where the Reverend Ernie Varga will officiate. Friends are invited to call at the funeral home from 9:30 a.m. until the time of the service. Burial will immediately follow at Mt. Hope Cemetery.

In lieu of flowers, donations may be made to Alert Hose Company #1 of Norwich, 31 East Main Street, Norwich, NY 13815.
Read Less

To send flowers to the family or plant a tree in memory of Ronald S. Burrell, please visit our Heartfelt Sympathies Store.

We encourage you to share your most beloved memories of Ronald here, so that the family and other loved ones can always see it. You can upload cherished photographs, or share your favorite stories, and can even comment on those shared by others.

Posted Apr 10, 2019 at 04:49pm
Please accept our most heartfelt sympathies for your loss... Our thoughts are with you and your family during this difficult time.

Flowers were purchased for the family of Ronald Burrell. Send Flowers

Posted Apr 05, 2019 at 12:52pm
On behalf of the entire Ellinwood Auto Parts family including Dick Ellinwood, the Raynor's, McBrides and other co-workers, we are saddened to hear of Ron's passing. He was a valued employee whose enthusiasm, sense of humor and fun loving personality were inspiring and fun. His commitment to the customer was uncompromising. We send our condolences to the family and wish you well during this difficult time.
Comment Share
Share via:
CS 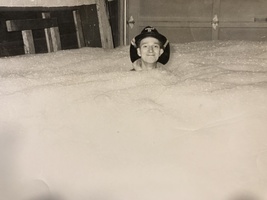 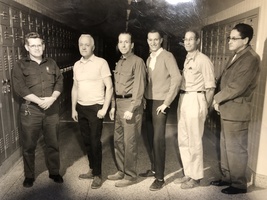 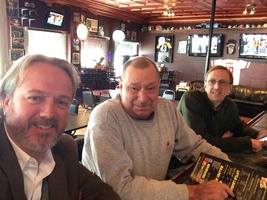