To share your memory on the wall of David Farnham, sign in using one of the following options:

Born in Binghamton, NY, David was the son of David R. Farnham and Nettie (Haddad) Walsoe. He spent his formative years in both Binghamton and Norwich, NY. After graduating high school, David enlisted in the Navy. During his six years of service his primary role was as a combat medic. After leaving the service, David joined his father in establishing Norwich Optical, a successful optics business for many years. Also during this time, he enjoyed competitive skeet shooting and earned the NY State Championship title. David then met Rosalie G. Hewitt, the mother of his two daughters. They were married for six years, then divorced. She predeceased him in 2014. Following their separation, David began working for Raymond Corporation in Greene, NY, as a technical writer and enjoyed his employment there. He then met Carol Pope, and the two were together for many years before divorcing in 1982. David then started traveling, subcontracting as a technical writer for many corporations, including IBM and Rite Aid. Eventually David retired and lived in south Florida before returning to New York to be nearer to family, choosing New Berlin to settle in. After his move, he became quite active in the Northeast Classic Car Museum, the 2nd Childhood Car Association, and the Leatherstocking Corvette Club. His fondness for classic cars was well known, especially his beloved Mazda Miata and Chevy Corvette. David met Elana Hulsey at this time and the two enjoyed many years of traveling, adventures, and social engagements together before his passing. Also close to him was Peter Zupp, a longtime friend, car aficionado, and partner in traveling to many hockey games in Binghamton and watching the Binghamton Senators.

David's life touched many people and he will be remembered. He requested no calling hours. A graveside service for David will be held at 1:00 p.m. on Tuesday, May 21, 2019, at Mt. Hope Cemetery, in Norwich, NY, where Rev. David Hanselman will officiate.
Read Less

To send flowers to the family or plant a tree in memory of David R. Farnham, please visit our Heartfelt Sympathies Store.

We encourage you to share your most beloved memories of David here, so that the family and other loved ones can always see it. You can upload cherished photographs, or share your favorite stories, and can even comment on those shared by others.

Flowers were purchased for the family of David Farnham. Send Flowers

Posted Dec 20, 2018 at 11:52am
I wish you peace and comfort during this time of sorrow. (2 Corinthians 1:2-4) The
Bible gives real hope of being reunited again with your loved one. It promises that
your loved one will soon come back to life in the resurrection to a peaceful paradise
on earth. (John 5:28, 29) 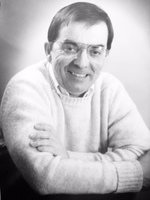