To share your memory on the wall of James Keator, sign in using one of the following options:

Provide comfort for the family of James Keator with a meaningful gesture of sympathy.

Print
James “Jim” Keator, 63, of Norwich, NY and Scottsdale, AZ, passed away peacefully after a brief illness on December 17, 2018 in Scottsdale, AZ, surrounded by his loving family.

Jim was born on September 26, 1955, in Ellenville, NY, t... Read More
James “Jim” Keator, 63, of Norwich, NY and Scottsdale, AZ, passed away peacefully after a brief illness on December 17, 2018 in Scottsdale, AZ, surrounded by his loving family.

Jim was born on September 26, 1955, in Ellenville, NY, to the late Donald and Eleanor (Rode) Keator. Jim was a resident of Norwich for the majority of his life, and graduated from Norwich High School in 1973. After graduating, Jim attended Syracuse University and earned a degree in advertising. Jim went on to work for an advertising firm briefly in New York City before returning to Norwich to help run Norwich Beverage Corporation, the family business, in the Spring of 1978.

On August 8, 1987, Jim married Belinda Brunza (aka “Kitten”), who survives. He is also survived by his daughter, Savanna (aka “Goose”), and son Devin (aka “Buddy”), who he loved dearly. Also surviving Jim is his sister, Nancy (Mark) Applegate, of Nevada City, CA; brothers-in-law, Brian (Monica) Brunza, Berney (Jessica) Brunza, and Brendan (Freda) Brunza; sister-in-law Bobbi (Tom) Turner; and several nieces and nephews. In addition to his parents, Jim was predeceased by his brother, Stephen Keator, his in-laws, Bernard and Barbaranne (Despres) Brunza, and his sister-in law, Beth Brunza.

During Jim’s 40-year career at Norwich Beverage Corp., he expanded the company and made a lasting impression on the beer industry. He was selected as one of the first distributors to carry the Coors brand in New York State. Jim was very proud to continue the business from his parents Donald and Eleanor, and his wishes were to have it continue to run as a family business. A memo sent out after Jim’s passing to Coors employees nationwide stated, “He will be remembered most for his down-to-earth nature, sense of humor, loyalty, competitive spirit, positive attitude, and innovative approach to selling beer.”

Jim fell in love with the Southwest after traveling to Arizona for a beer wholesaler’s convention in 2001. He spent many years vacationing in the area before purchasing a home near Troon Mountain in 2011. Jim eventually built a custom home for his family in the Collina E Vista development in North Scottsdale that was completed in October 2016. It was a life-long goal of his to own a second home, and he was incredibly proud to have accomplished this and enjoy warmer winter months. In his time living in Collina E Vista, Jim made many lifelong friendships with his new neighbors. He loved nothing more than to sit on his back patio in the sun, taking in the panoramic view of the McDowell Mountains and Four Peaks.

To say that Jim was a generous and compassionate man would be an understatement. Whether it be a friend or employee, he was always willing to lend a helping hand. Jim was known for his witty sense of humor and zest for life. Being a father was his proudest accomplishment, and Savanna and Devin were the light of his life. Jim was also proud of his loving 31-year marriage to Belinda. Jim will be greatly missed and fondly remembered by his family, friends, and greater community.

A funeral service for Jim will be held at 12:00 p.m. on Saturday, April 13, 2019, at Emmanuel Episcopal Church, Norwich, NY, where the Very Rev. Steve White, Rector, will officiate. Burial will immediately follow at Mt. Hope Cemetery. There will be no calling hours.
Read Less

We encourage you to share your most beloved memories of James here, so that the family and other loved ones can always see it. You can upload cherished photographs, or share your favorite stories, and can even comment on those shared by others.

Gary and Jill Whitmyre and Bonnie Simmons have sent flowers to the family of James V. Keator.
Show you care by sending flowers

I will always remember Jim’s friendly attitude and the goods times at Canasawacta CC. He will be missed by many.

Posted Dec 30, 2018 at 07:39pm
I am so sorry Belinda for your loss. He was way too young. Sending you and your family many thoughts and prayers.
Comment Share
Share via: 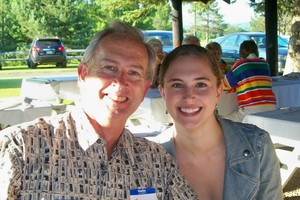 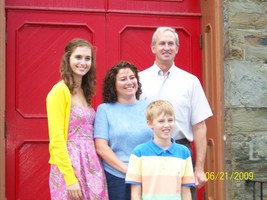 Emmanuel Episcopal graduation
3
4
Add Photos
Upload up to 10 images at a time, max 8MB each