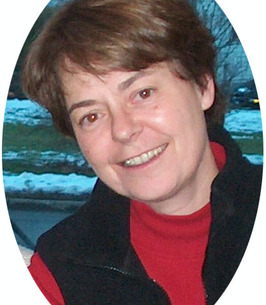 Memorial Candles Lit for Claire | SEE ALL
Light a Candle
"We are honored to provide this Book of Memories to the family."
— Wilson Funeral Home
"To John and the Titcomb Family, my deepest condolences at this sad time."
— Bill Miller
"You are at peace and never gone and never forgotten. You are with us always! Our memories, our souls and our hearts are intertwined f..."
— Nancy, Julie and Katie
"We will miss you Claire. You were a great sister and aunt. Forever in our hearts."
— Lisa Bugaj and Family
"I miss you."
— Thayer
Funeral Details Memory Wall Photos & Videos Send Flowers

Print
Claire Eileen Ders, 68, of South Otselic, passed away on Tuesday October 23, 2018, at her residence with her loving family by her side. Born on March 1, 1950, in Tarrytown, NY, Claire was the daughter of Stanley T. and Gertrude A. (Neilan) Titcomb, and one of their nine children.

Claire was the first Titcomb to be allowed to ride on a motorcycle and to obtain a motorcycle license. In high school, she was a member of the Civil Air Patrol and reached the rank of lieutenant, and received her pilot’s license.

In 1972, Claire earned her bachelor of science degree in Forest Biology from Syracuse University and a degree in forest biology from the SUNY College of Environmental Science & Forestry. After college, she traveled throughout the U.S. for two years with her husband, John R. Ders, who survives.

Claire was absolutely thrilled to venture outdoors. She participated in winter survival training and was a part of several search and rescue activities. Claire was a member of the Bullthistle Hiking Club, led hikes on numerous Finger Lakes trails, performed trail maintenance, and twice completed the Wegman’s Hit the Trails Passport Program. She also completed the Adirondack Fire Towers Challenge and the Fulton Chain Hiking Trifecta. Claire completed numerous kayak and canoe races and even built her own wooden kayak. She rode in the Five Borough Bike tour several times, ran the half-marathon in Sleepy Hollow, NY, and ran many 5K races in the central New York area. Claire also served as the support crew for her husband for 20 years for various Adirondack races, the Yukon River Quest, the General Clinton Kayak and Canoe race, and many other outdoor events. She also raised sheep and alpaca for wool, and earned many awards for the quality of her alpaca fleece.

In addition to these activities, Claire served 15 years as a Postmaster Relief in Chenango County and then ten years as Postmaster in the South Otselic Post Office. She also managed the Northwest Corners Bed & Breakfast for 13 years.

In addition to her husband, John, Claire is survived by four sisters Thayer, Mary, Nancy, and Lisa, and three brothers Steve, Jack, and David. She was predeceased by her parents and brother, Kenneth.

A gathering of family and friends to share memories of Claire will occur at a later date. Interment will take place at the convenience of the family at St. Mary’s Cemetery in Rye, NY.

Contributions in memory of Claire may be made to the Cornell Lab of Ornithology, 159 Sapsucker Woods Road, Ithaca, NY 14850.

We encourage you to share any memorable photos or stories about Claire. All tributes placed on and purchased through this memorial website will remain on in perpetuity for future generations.

Provide comfort for the family of Claire Eileen Ders (Titcomb) by sending flowers.
Send Flowers
MG
Hey Claire, I am still watching and photographing my birds but i really miss sharing all the excitement with you. Thanks for being my big sister. I miss you terribly
mary titcomb garry - Monday April 20, 2020 via Condolence Message
Share This:
T
Claire we miss you. Love, Thayer
Thayer - Wednesday October 23, 2019 via Condolence Message
Share This:

MM
I remember Claire from our time at Port Chester H S. I considered her a friend, but we
lost touch. I wish we hadn't. My condolences to the family.
Marilyn Muller - Sunday January 06, 2019 via Condolence Message
Share This:

JB
Bob, Sorry to hear of Claire's passing. You are in my prayers. Take care. I love you, Jackie
Jackie Ders Van Buren - Friday December 14, 2018 via Condolence Message
Share This:

JM
John, I just heard about Claire and was shocked to hear the bad news. Knowing her and you for so many years staying at your B&B for hunting season was a pleasure. I am sure you and her family will miss her dearly. Take care of yourself. John Minnetto in New Jersey
John Minnetto - Saturday November 10, 2018 via Condolence Message
Share This:

DH
Having Claire on our hikes was always a pleasure. We will miss her.
Don Windsor (Bullthistle Hiker) - Monday October 29, 2018 via Condolence Message
Share This:

JS
John - so sorry to read of Claire's passing. When I pastored in Beaver Meadow, she and I talked often about the bed and breakfast - and all the things required to run one.
I didn't know her well - but she sure was likable.
I will cherish those talks.
I mourn with you.

SP
John and family.... So sorry to hear of Claire's passing. What a wonderful lady! Hang on to all the great memories of a very strong woman, wife, sister and friend!
Suzi and Dan Phillips - Thursday October 25, 2018 via Condolence Message
Share This:
1 2 3 next page >>
Page 1 of 3
Share
×

Thank you for sharing!

Or use your email:

Connect with families at their time of loss. By subscribing to email updates, you will receive two daily updates containing all new stories, photos, candle lightings, condolences, and more.