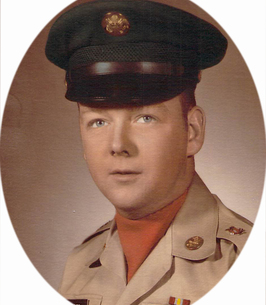 Memorial Candles Lit for Dennis | SEE ALL
Light a Candle
"We are honored to provide this Book of Memories to the family."
— Wilson Funeral Home
Funeral Details Memory Wall Photos & Videos Send Flowers

Print
Dennis G. Graber, 71, of Norwich, passed away peacefully at his residence on Tuesday, October 16, 2018 with his loving family by his side.

Born on June 12, 1947, in Hackensack, NJ, Dennis was the son of Ronald “Ronnie” and Jenny (Lloyd) Graber. He graduated from high school in Lyndhurst, NJ, and soon after, in 1967, was called to serve in the U.S. Army during the Vietnam conflict. In Vietnam, he served on an Army helicopter, was involved in medivac missions, and was a helicopter repairman. Dennis shared with others that his 21st birthday was spent aboard a helicopter during a military exercise in Vietnam.

After his honorable discharge in 1969, Dennis completed some college courses, and later worked as an HVAC technician for Princeton University in Princeton, NJ. He worked at Princeton until his retirement.

On September 16, 1972, in Lyndhurst, NJ, Dennis married Maria (Romano) Graber. They were happily married until her death at age 58. Together they would have and raise two children.

After retiring, and following the death of his wife, Dennis moved to Upstate New York where he built his home on the land he and his wife previously purchased. Throughout his life, Dennis was a conservationist and an avid hunter and fisherman. He traveled all over the country on hunting and fishing trips, and was a member of the National Wild Turkey Federation and the National Rifle Association. Most of all, Dennis enjoyed spending time on his 46-acre property.

Dennis is survived by his daughter, Kelly Graber and her fiancée, Christopher Johnsrude, of Norwich; his son, Bryan Graber, of Howell, NJ; and his sister, Doreen Durante and her husband, Jeff, of Pleasant Mount, PA. In addition to his wife, he was predeceased by siblings Ron, Debbie, and Patty.

A time of remembrance and to share stories about Dennis will be held at 12:00 p.m. on Wednesday, October 24, 2018, at the Wilson Funeral Home. Military honors to acknowledge Dennis’ service to our country will also be presented. There will be no calling hours.

To send flowers to the family of Dennis G. Graber, please visit our Heartfelt Sympathies Store.

The insignias listed here may be subject to copyright and / or trademarked. Those copyrights and trademarks are owned by the respective organizations.

We encourage you to share any memorable photos or stories about Dennis. All tributes placed on and purchased through this memorial website will remain on in perpetuity for future generations.

Dennis was a blessing to us. Always quick to offer his help, saying it’s a small thing. I am glad my family had a chance to know him.
Jennifer and Fred - Tuesday October 23, 2018 via Memorial Tree
Share This:
1
Page 1 of 1
Share
×

Thank you for sharing!

Or use your email:

Connect with families at their time of loss. By subscribing to email updates, you will receive two daily updates containing all new stories, photos, candle lightings, condolences, and more.