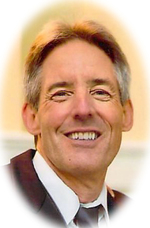 Doug was born May 27, 1960 in Stamford, NY. He lived most of his life in Norwich graduating from Norwich High School in 1978. He served six years in the United States Air Force and then built his own business, Kelly’s Management, which he ran for the last 25 years. He was a member of St. Bartholomew’s Church.

Doug lived life to the fullest, was a loving father and husband and had a wonderful sense of humor. He was also an avid golfer, enjoyed hunting and outdoor life. His property business was his passion in life along with exercising, which was part of his daily routine. He loved to travel as he and his wife, Barbara, spent the last few winters in Hawaii. They shared many vacations together. He will be forever loved and missed beyond words.

Doug’s wishes were to have no calling hours or funeral service, but to have a Family Celebration of Life at a later date.

In lieu of flowers, the family suggests that donations be made in Doug’s memory to: Hospice of Chenango County, 21 Hayes Street, Norwich, NY 13815 or to the Norwich Family YMCA, 68 No. Broad St., Norwich, NY 13815.


To send flowers to the family or plant a tree in memory of Douglas G. "Doug" Kelly, please visit our Heartfelt Sympathies Store.