In Memory of
Anthony J.
Villani
1927 - 2013
Click above to light a memorial candle.
Memorial Candle Tribute From
Wilson Funeral Home
"We are honored to provide this Book of Memories to the family."
View full message >>>
Send Flowers
Menu 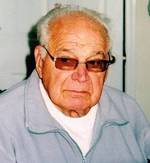 Anthony J. Villani passed away at the age of 85, on Tuesday, April 09, 2013. He was at home in Troy, NY with his wife of 58 years, June R. (Gluck) Villani at his side. Anthony was born on September 17, 1927 in Middletown, NY to his late parents Grace (Barletta) Villani and Michael Villani of Middletown, NY.

He is survived by his eldest son, Mark Villani of Syracuse, NY; his wife Regina and grandchildren Benjamin, Monique and Reece; His daughter Louann Villani of Averill Park, her husband Stuart Nippes and grandchildren Hannah and Noah Glanville; and youngest son Michael Villani of Bloomingdale, NY, his wife Robin and grandchildren Antonio, Lorenzo and Raechel. Of his siblings, he is survived by his Brother Alfred Villani and (deceased) wife Isabele of Canandaigua, NY and sister, Ann Ruggiero and husband John of Norwalk, CT; and predeceased sister, Isabelle Benjamin and husband Roy. Also surviving are several nieces, nephews, grand and great grand nieces and nephews.

While attending Middletown High School, he was drafted during WW II to serve in the U.S. Army; was honorably discharged and returned home to finish his primary education. He was married to June R. Gluck in Monticello, NY on November 20, 1954. Starting his family in Monticello, he became a New York State Prison Guard in 1957 and served 30 years before retiring. He moved his family to Norwich, NY in 1973; where he and June purchased and operated Mr. Big’s Drive In until 1996.

Anthony and June loved to spend time with their family and friends and spent their retirement years traveling and visiting. Anthony was an avid hunter and fisherman, a devote Catholic he was 4th Degree Knights of Columbus and also served as a Grand Knight. He was a great role model to his children, grandchildren, nieces and nephews.


To send flowers to the family or plant a tree in memory of Anthony J. Villani, please visit our Heartfelt Sympathies Store.